Why Do We Need Shrubs and Grasses?

Why Do We Need Shrubs and Grasses?

Grazing among the flowering pastures used to be a common sight in the Wasatch Mountains. This was a thriving industry and a great way to feed livestock and produce quality goods, so what changed?

Between 1887 and the early 1900s it is estimated that 2.5 million cattle and sheep grazed in the high elevation plateaus throughout Utah. Within that time, these areas became overgrazed and many plants were at risk of disappearing altogether.¹

The lack of flowers and grasses from overgrazing caused severe erosion and polluted the creeks. 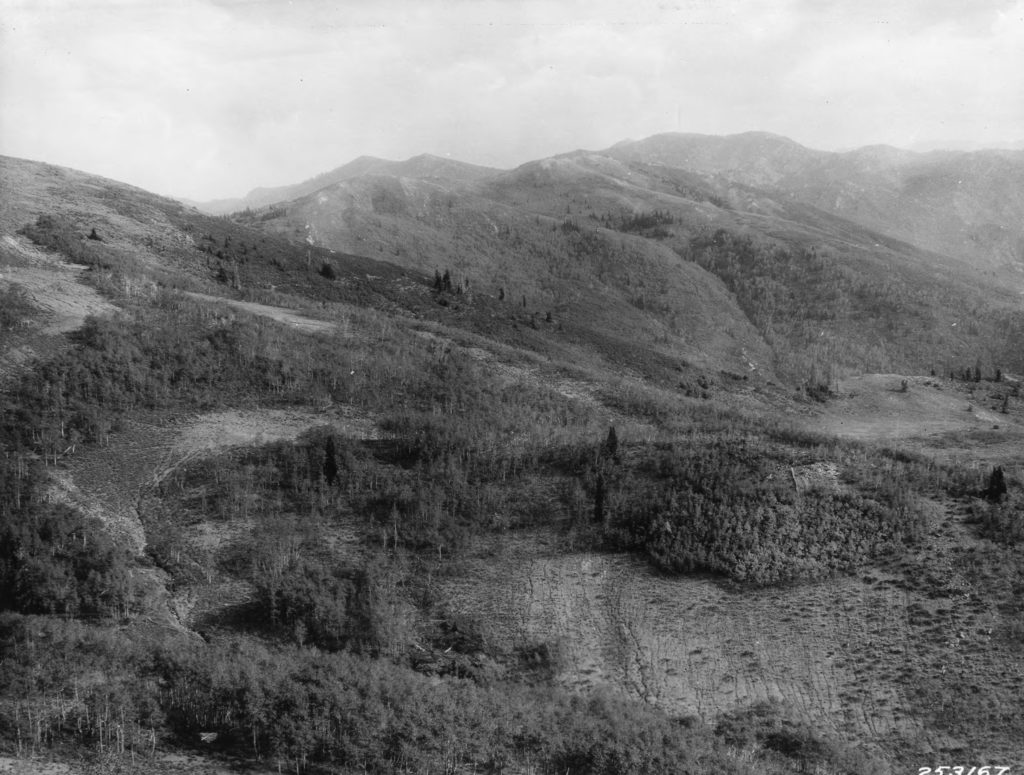 Photo of erosion in the Northern Wasatch Mountains around 1930 found in the Marriott Library Digital Archives.

Generally, overgrazing reduces ground cover in the area and then causes erosion and compaction of the land through wind and rain.² Soil compaction occurs when the soil volume decreases and the ground becomes less porous. As a result, water cannot penetrate the ground as easily and plants have a reduced ability to grow. When the Wasatch Mountains were overgrazed and the roots that held the soil together were gone, topsoil was frequently washed away and ended up in the local watersheds and communities.

So what plants, other than trees, maintain the landscape in the mountains?

The shrubland community is found at elevations between 5,000 and 8,000 feet above sea level and vegetation mainly consists of sagebrush and tall shrubs. Sagebrush is the most common vegetation for grazing because it is found at lower elevations and grows quickly. Sagebrush often grows in the same area as Bluebunch Wheatgrass, Thurber’s Needlegrass, and Indian Ricegrass. 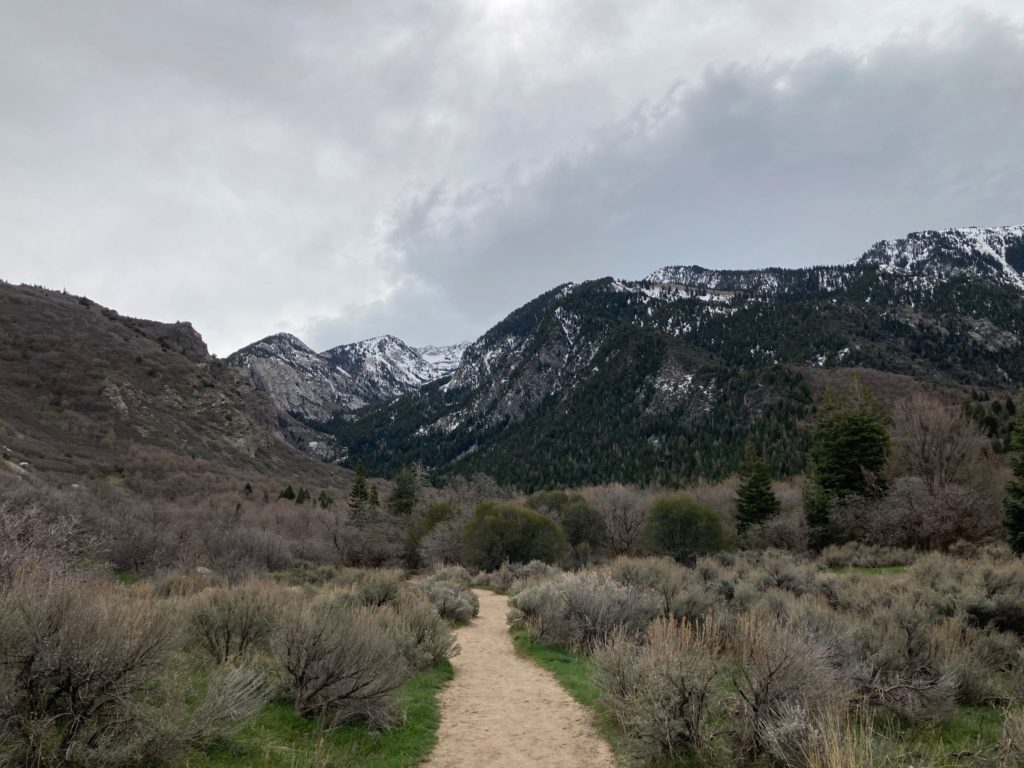 Photo of the shrubland community near Bell Canyon taken by Madeline Pettit.

The forest community, a component of the subalpine community, is usually found at elevations between 7,000 and 10,000 feet above sea level. “The subalpine zone has everything from open meadows dominated by herbaceous vegetation (flowers and other plants without woody stems)  to open woodlands or dense forest depending on a combination of site conditions and disturbance history”.³ At these elevations grasses are found less commonly and meadows consist mainly of perennial forbes, flowering plants that regrow each spring. Shrubs can also be found here, but they are less frequent and not very dominant. 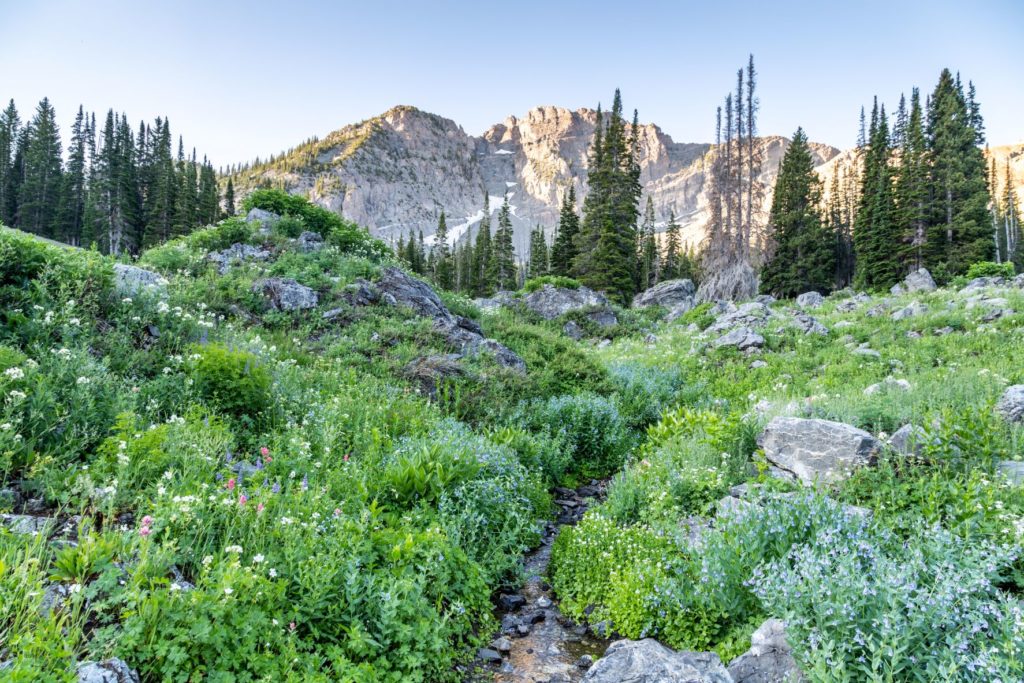 Photo of subalpine community in the Albion Basin taken by John Thomas on Unsplash.

The alpine community is found at elevations above 10,000 feet. At these elevations, due to cold temperatures and high winds, plants are mostly low-growing. Common plants found in this community include perennial herbs, prostrate shrubs (woody plants with branches that lie on or just above the ground), [and] mosses and lichens. “ Alpine vegetation is characterized by a patchwork of many different plant communities…The amount of soil moisture available during the growing season is the main factor that determines which plant species will be found in a particular stand”.³ Plant life in alpine communities varies drastically each year due to different changes in precipitation and temperature. 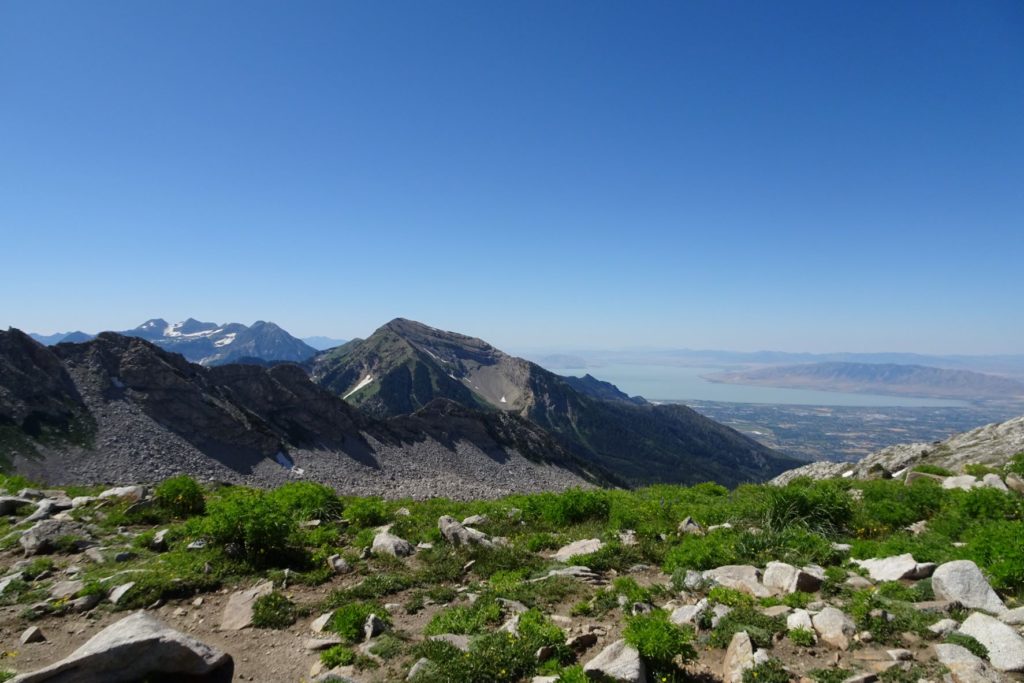 Photo of alpine plant life near the Pfeifferhorn taken by Carly Lansche.

Riparian communities are found along streams and wetlands at any elevation throughout the Wasatch Mountains. Plants found here often include tufted harigrass, saltgrass, creeping spikerush, and hardstem bulrush.⁴ Riparian communities are important in expanding overall plant life diversity in the mountains and they provide homes to many animal species. 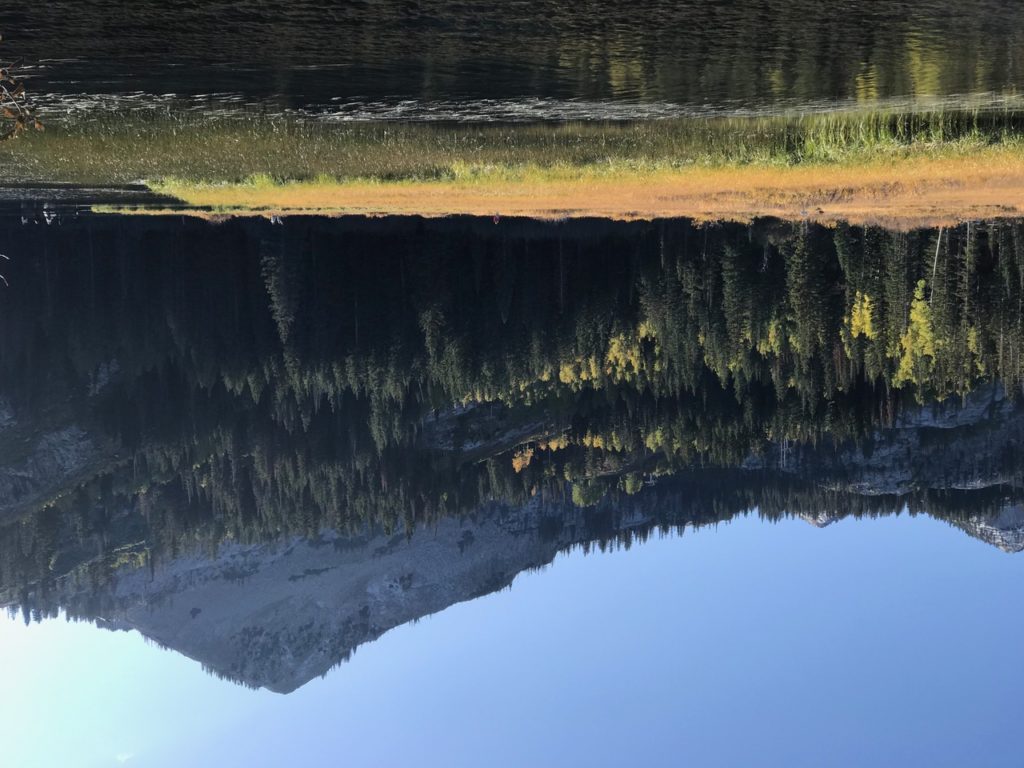 The many low-growing plants throughout the Wasatch Mountains play a key role in the overall health of the mountains. Without these plants the watersheds and ecosystem cannot function properly.

The End of Grazing in the Wasatch Mountains

In the 1940s and 50s there was an effort to decrease the amount of grazing in the mountains due to the environmental damage caused by grazing in the late 1800s, but even these reductions were not enough to replenish the mountain landscapes. According to the Uinta-Wasatch National Forest Service, “numbers of permitted cattle and sheep were drastically reduced forest wide” between 1957 and 1967 and the results of these efforts, as well as others to close allotments altogether, were astounding to those of the time.⁵ The plants were allowed to repopulate and the Wasatch Mountains began reviving and thriving. The mountain vegetation has never been as damaged as it was then.

Not all grazing issues have been fully solved. The number of increased elk in the Wasatch Mountains has led to “patches of early heavy utilization by elk before livestock are allowed on. The net result is a lowered condition of those rangelands… While livestock use is required to abide by range readiness guidelines, elk do not”.³