While most Utahans know of the bark beetle infestations occurring throughout the state, many are unaware of another lethal agent affecting our forests: balsam wooly adelgids, or BWA.

What are balsam wooly adelgids?

This microscopic invasive insect is native to south central Europe and entered the United States by hitching a ride on nursery stock imported to both the east and west coast. BWA feast on true fir trees, including subalpine firs trees and white firs trees. BWA feeding causes abnormal swelling of the tree’s terminal buds. These deformities stunt growth responses in trees, eventually leading to tree death. 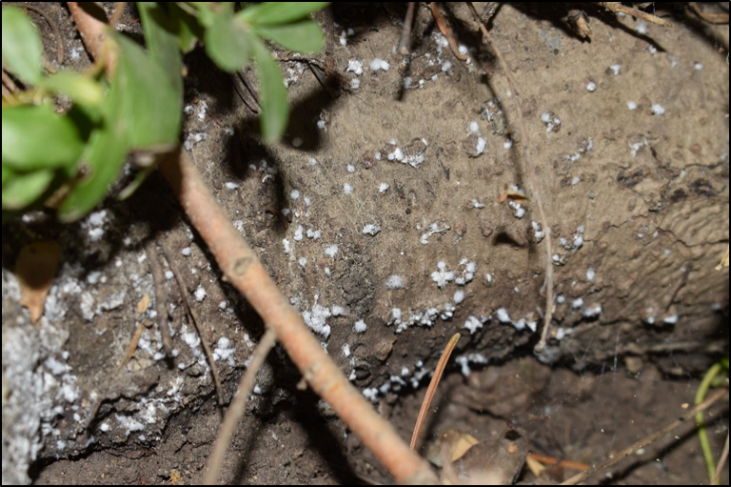 Why are BWA concerning to the Central Wasatch?

BWA infestations primarily target true fir trees, with subalpine fir being the most susceptible species. This is problematic to our canyons because subalpine fir trees make up approximately 360,000 acres of land, accounting for 8.5% of the total biomass, in the Uinta-Wasatch-Cache National Forest.

Increased deadfall increases fuel loads and may heighten the potential for severe wildfires. While wildfires can be regenerative for many forests, they are hazardous in the Central Wasatch because of the proximity of our forests to urban areas. Wildfires may also adversely affect our watershed by altering the rapidity of runoff. This can result in heightened concentrations of sediment, nutrients, and metals, among other things, to be swept downstream. Possible changes in turbidity and chemical composition can also be costly for water treatment plants and could delay water delivery to faucets in Salt Lake City.

Where are they found and how do they spread?

BWA has primarily been known to infest subalpine fir trees at elevations below 7,500 ft, but it hasn’t been documented in Utah’s valleys. There is concern that the infestations could spread due to the transport of infested trees and host material into the valleys. Is there enough concern for that land management agencies might regulate the movement of firewood or cutting of Christmas trees?

Liz Hebertson, a U.S. Forest Service Forest Health Specialist in the Uinta-Wasatch-Cache National Forest, says that the cold temperatures throughout fall and winter greatly reduce the risk of spreading BWA, and that there isn’t enough of a risk to take immediate action yet.

How are they detected?

Experts are able to identify new BWA infestations through aerial detection surveys, in which the mortality of subalpine fir trees becomes apparent to the trained eye. Forest health experts then “ground-truth” the probable areas and remove bark samples from infested trees. These samples are then sent to an adelgid expert to validate the identification through genetic testing.

What does this mean for forestry management?

When BWA was detected in the forests of the Pacific Northwest in the late 1950’s, the agent wasn’t a primary concern for forestry management professionals. This was because BWA does not attack the most desirable trees, those that are used for forest products. In addition, susceptible trees make up a much smaller percentage of their forests. These factors played into the lack of research and development of appropriate management strategies.

The jury is still out in terms of the best practices to manage this insect and its spread. Population dynamics, climatic factors, and other variables are still being studied. Various chemical, biological, and mechanical removal techniques are also being vetted. USU Extension, the University of Utah, and other local, state and federal partners are working collaboratively to determine the best treatment options for our forest.