Early Season Snow- What to Know

Back To Home
Environmental Dashboard November 3, 2022

Early Season Snow- What to Know

Over the past few weeks the Central Wasatch Mountains have received several feet of snow. The early snow is a promising way to start the winter season, however you may want to be more cautious as you are out in it throughout the season. According to the Utah Avalanche Center over 60% of avalanche fatalities in Utah occur due to avalanches breaking on early season snow. These avalanches tend to be very large, wide, and deadly and around 30% of them occur in the Central Wasatch Mountains.¹ 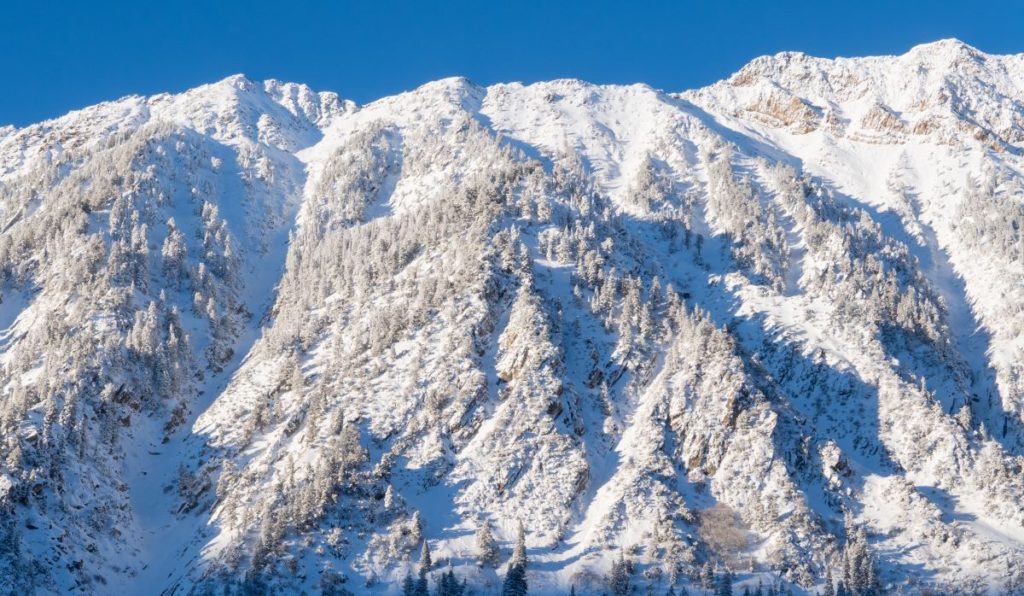 Snow forms when the atmospheric temperature is at or below 0 degrees Celsius. Snow formation requires moisture to be present in the atmosphere and once snow reaches the ground it becomes an accumulation of packed snow crystals. Snow that remains on the ground for several months becomes snowpack which can be made up of multiple layers of snow from different snowfalls. As more layers of snow accumulate on top of the snowpack, the snow becomes compacted and remains until temperatures begin to rise again in the spring.²

In a conversation with Paul Diegel, a former member of the Utah Avalanche Center, he shared that most avalanches that occur in the Central Wasatch Mountains during the winter months are due to natural causes and related injuries are rare, however some avalanches are triggered by people and those are the avalanches that are most concerning because they tend to cause accidents and injuries.

Early snowpack is a problem because, Diegel explained, when “snow sits on the ground and no new snow falls on it, it decomposes and essentially rots and becomes very incohesive… and it provides a lubricating layer that future snow could fall on”. Long dry spells in between snow storms are what cause the snow to begin rotting. 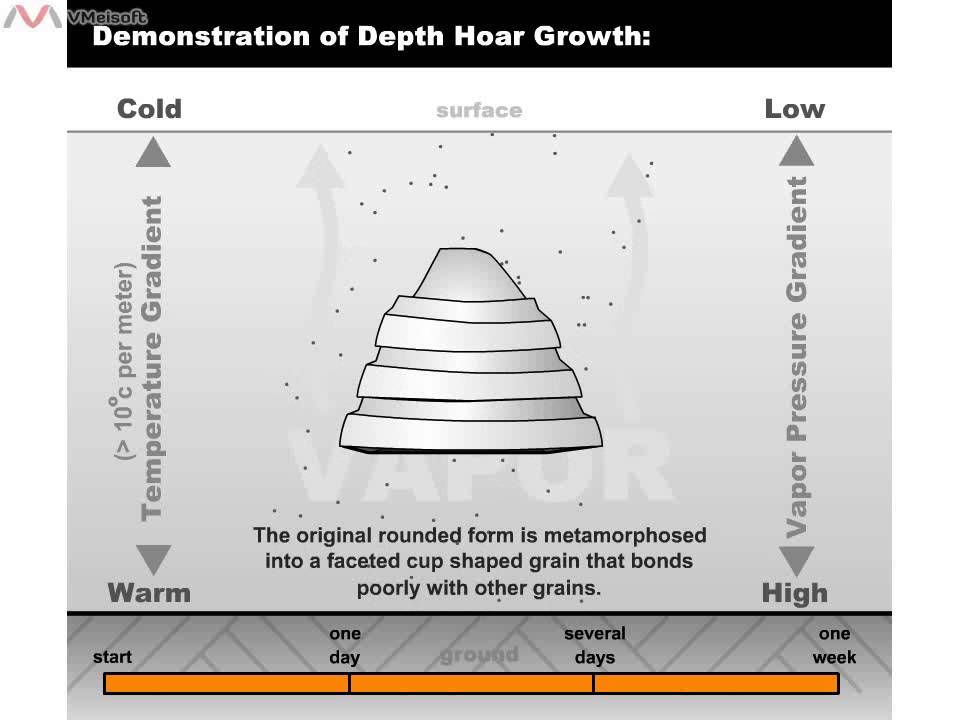 A depiction of a depth hoar crystal from avalanche.org.

This happens because early snow that warms, but sticks around, begins to transform into weak depth hoar. Depth hoar is formed when there is a large temperature difference between the warm ground (0 degrees Celsius) and the cold snow surface.³ Water vapor moving through the snow causes the snow crystals to change in size and become more angular-shaped which weakens the snow. According to Mark Staples, director of the Utah Avalanche Center in a 2020 Utah Snow and Avalanche Workshop presentation, the snow becomes coarse and granular and feels like sugar. This snow can remain weak throughout the season, but usually as the snowpack thickens throughout the season, the temperature gradient becomes smaller and previous weak snow presents fewer issues.

In order to track early season snow and know if the slope you are on has an increased avalanche risk, Utah Avalanche Center suggests that it is important to identify the pattern, know your aspect, and dig. 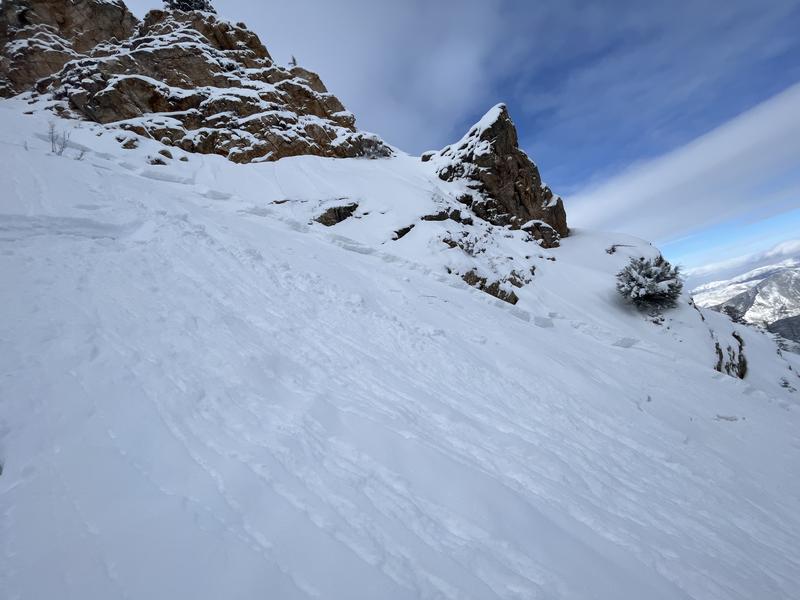 To identify the pattern you can use satellite images, photos and the avalanche forecast to identify where snow existed and where it didn’t. Often, not all slopes will receive early season snow. Slopes that were bare during the early season will be safer throughout the rest of the season. Diegel shared that the high, north-facing pockets of mountains close to ridge lines are usually most dangerous, particularly early in the season, because the snow does not melt off of them. These areas are usually the starting zones of avalanches.

Knowing your aspect means using a compass or a map to get to know the slope you are on. This helps you stay oriented and understand what is around you.

If you don’t want to worry about early snowpack causing an avalanche, slopes with an angle less than 30 degrees will always be safe. Generally, the steeper the slope you are on, the higher the risk of an avalanche.

To learn more about avalanches, how to identify them and stay safe in them check out UAC’s Know before you Go website. You can also view typical avalanche slide paths and other information about avalanches on the CWC’s Environmental Dashboard.