A History of Avalanche Mitigation in the Cottonwood Canyons

A History of Avalanche Mitigation in the Cottonwood Canyons 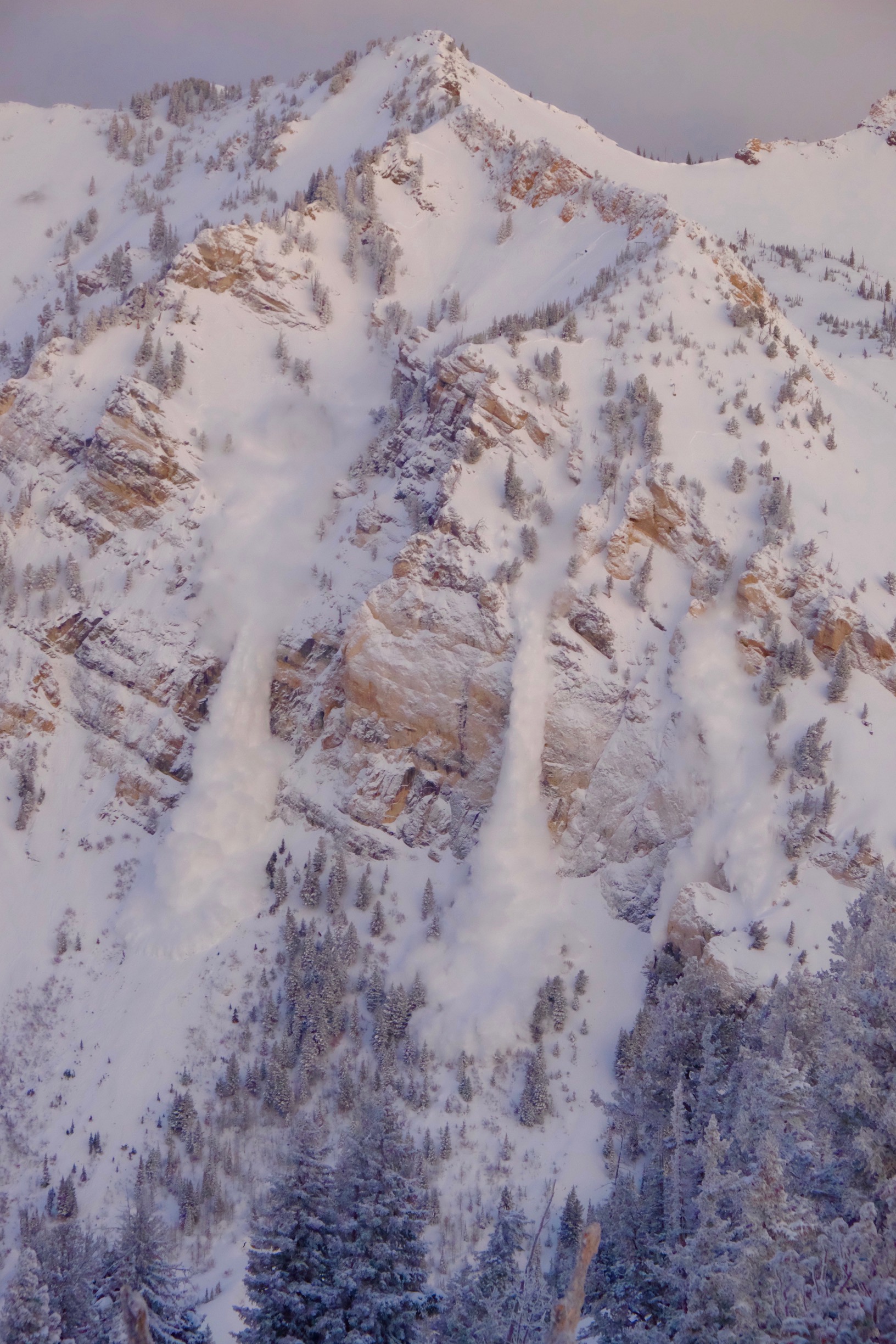 Big and Little Cottonwood Canyon roads carve between steep mountains that are prone to avalanches in the winter. In fact, 57% of the 9-mile Little Cottonwood Canyon Road is in an avalanche runout zone. Still, recreationalists, residents, and canyon employees need to transport themselves up and down these canyons regularly and as safely as possible.

History of avalanche mitigation in the Cottonwood Canyons

In 1938 the U.S. Forest Service (USFS) issued a special use permit to Alta Ski Area before it opened as a ski resort. The USFS promptly realized that avalanches were a major threat to the Little Cottonwood Canyon Road (SR 210) and subsequently public safety. In 1939, the USFS hired Douglass Wadsworth as the first Forest Service Snow Ranger and tasked him with minimizing avalanche hazards on SR 210. Wadsworth created the first avalanche safety rules in North America for skiers and people traveling on the Little Cottonwood Canyon Road. These rules stated that people should stay out of Little Cottonwood Canyon for a few days during and after storms, to keep off of or under steep slopes with no trees after a storm, and not to park under avalanche paths. 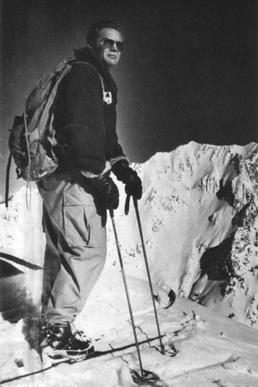 Monty Atwater standing on top of a mountain at Alta in front of Mount Superior. Photo from Wikipedia.

In 1946, Monty Atwater was hired by the USFS and became the first Alta Snow Ranger after being discharged from the 10th Mountain Division in World War II due to an injury. Atwater became the first person in the nation to work with military artillery for avalanche control. In 1949 he worked with the Utah National Guard to fire a 75mm French Howitzer on several slopes at Alta. This was the first time that military artillery was used for avalanche control in the nation and was the start of what is now a complex avalanche safety plan for both Big and Little Cottonwood Canyons. It was a great success, so the USFS stationed this artillery at Alta but only allowed personnel of the Army National Guard to operate it. Yet, it was difficult to get National Guard personnel up Little Cottonwood Canyon during snowstorms, so the USFS changed their policy and allowed Atwater and other Forest Service Snow Rangers to legally shoot the military artillery. 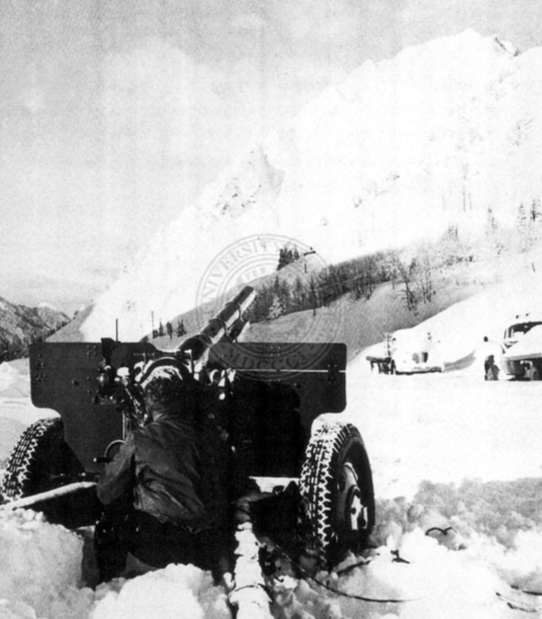 Monty Atwater using a Howitzer for avalanche control in the 1950s. Photo from the J. Willard Marriott Library Special Collections.

was so successful that the USFS grew the program to ultimately include over 20 ski areas around the nation and multiple state departments of transportation. In the 1950’s Monty Atwater engineered the first Avalauncher with an inventor. An Avalauncher uses pressurized nitrogen to launch an explosive into avalanche starting zones. Yet, this device did not and still does not have the accuracy or force of military artillery.

Bengt (Binx) Sandahl was hired as an Alta Snow Ranger in 1964 and pioneered the idea that Alta ski patrollers should work with the Alta Snow Rangers to control avalanches within Alta Ski Area and near the Little Cottonwood Canyon Road. He also played an instrumental role in creating hand-charge routes for ski patrollers and limiting the use of military artillery shooting.

Now, the Utah Department of Transportation (UDOT) oversees the avalanche safety plan for mountain highways across the state. Over the years, UDOT has developed a strategic and complex plan to control avalanche hazards in the Central Wasatch so residents, visitors, recreationists, and employees can travel safely through canyons. 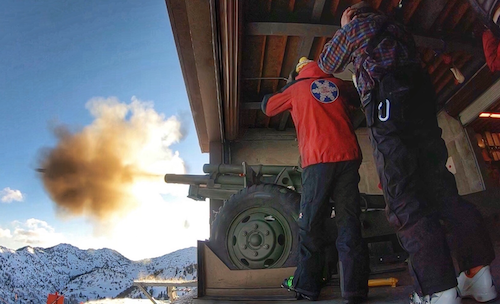 A Howitzer being shot by Alta Ski Patrol. Photo by Trent Meisenheimer. 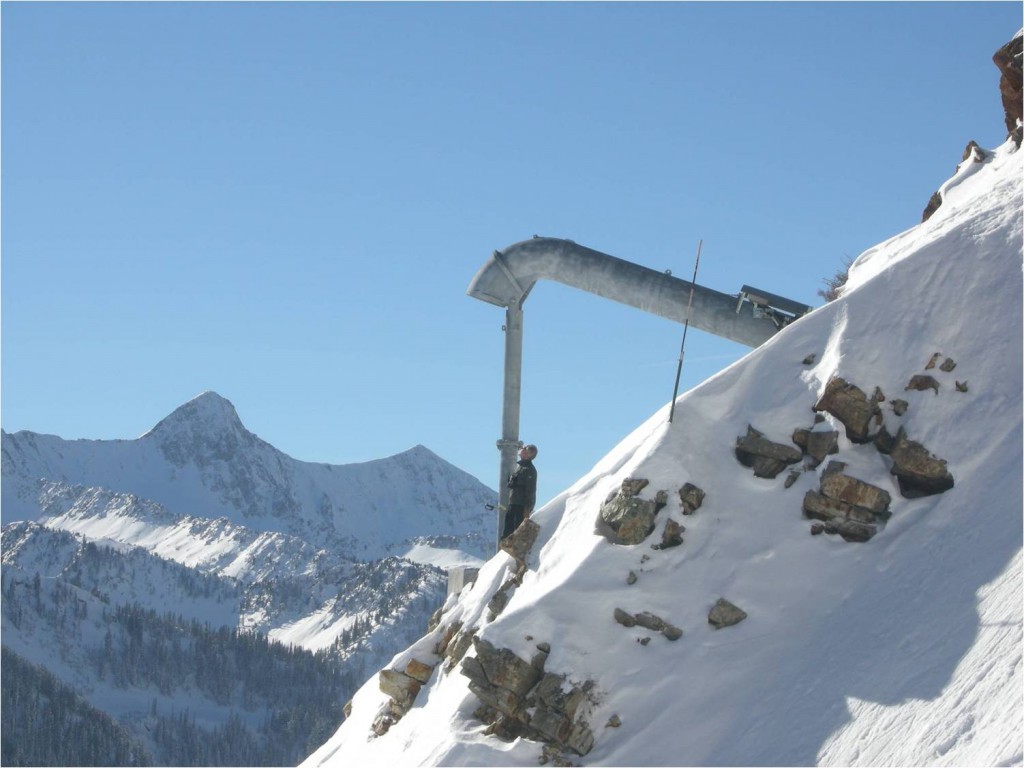 The entire goal of avalanche control work is to keep people and infrastructure safe. Because of this, there is no option to close the Cottonwood Canyons and let them sit because people live in avalanche paths. For example, 75% of the Town of Alta is in a runout zone. Slopes above the town must be controlled so that large, destructive avalanches don’t destroy buildings and/or harm people in those buildings.

Where can I find current avalanche information? 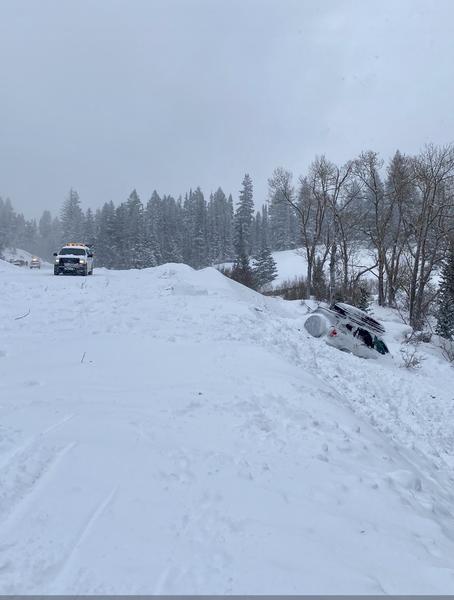 own and others’ safety. Damian Jackson explained that “Snow and avalanches don’t have a schedule. We need to play by the rules that are dictated by our environment. People need to work together and be cooperative because being kind goes a long way”.